3 basic patterns of temperament in babies and small children

Have you heard the idea that at birth babies are quite similar and only later in life, under the influence of the family and society, they develop different character traits? If you agree with it, you follow the reasoning of the philosophers Locke and Rousseau who in the seventeenth and eighteenth century stated that children were born as tabula rasa or “blank sheet”. And it on this sheet that various influences “wrote” their personality.

However, mothers see from their own experience and from scientific research that at the very beginning, the moment of birth, babies differ in many respects: reactions, regularity of eating, waking and sleeping, motor activity, response to a new situation, etc. They have their own personality, although not well-developed and expressed, but still quite well-identifiable.

Dr Dobson, a world famous specialist in children psychology and child raising, writes: “Just ask the real experts – the mothers who understand their babies better than anyone. They’ll tell you that each of their infants had a different “feel” – from the first moment they were held. If these mothers are eventually blessed with six or eight or even twenty children, they will continue to say emphatically that every one of them was unique and distinct from the others when only one hour old. They are right – and their perceptions are being confirmed by scientific inquiry”. – Dobson, Complete Marriage and Family Home Reference Guide, Tyndale House Publishers, Illinois, 2000, p. 364.

Nevertheless, researchers asked themselves the question: Is it possible to find patterns of temperament and character traits in infants and children just like we observe in adults? So, they came up with the “New York Longitudinal Study, 1956-1988”.

The team analyzed the nine characteristics that they identified as being reliably scorable on a three-point scale (medium, high and low):

The researchers found that certain features of children could be put together in a group. It doesn’t mean they are the same but only that they have similar response to a certain extent.

Approximately forty per cent of the children were placed in this category. “They were characterized by positiveness in mood, regularity in bodily functions, a low or moderated intensity of reaction, adaptability and positive approach to, rather than withdrawal from, new situations.”

In their early years these children had regular sleeping and feeding schedules, were generally cheerful and adapted quickly to new routines, new food and new people. They learned the rules of new games quickly, participated readily in new activities and adapted easily to school. They were called the “easy children”, because the people who trained them and took care of them didn’t have significant problems. Dr Dobson calls this group of children “compliant” because they easily accept rules and requirements and have a positive attitude to their parents guiding. If you ask such a youngster to tidy his/her room, it’s very likely they will do it without having to be reminded a hundred times.

„Another set of characteristics such as irregular bodily functions, usual intensity in reactions, tendency to withdraw in the face of new stimuli, relative slowness to adapt to changes in the environment and general negativity in mood was deemed by the researchers to be associable with another group that they labelled “difficult children””.

They comprise about ten percent of the children. In babyhood they often had irregular feeding and sleeping habits, were slower to accept new foods, took a longer time to adjust to new routines or activities and tended to cry a great deal. People could hear their loud laughter and cries from far away. They burst into violent tantrums when somebody refused to give them what they wanted. Their parents needed a great deal of consistency and tolerance in their upbringing.

The term Dobson uses for them is “strong-willed children” because they always oppose every parental attempt to discipline them trying to assert their own will and have their own way. If you ask them to tidy their room, most probably you’ll end up yelling or administering disagreeable punishments.

The “slow to warm up”

„The children classified by the team as “slow to warm up” – fifteen per cent of the population sample studied – typically had relatively low activity levels, tended to withdraw on their first exposure to new stimuli, were slower to adapt, were somewhat negative in mood and responded to situations with a low intensity of reaction“.

Dr Dobson calls these children “shy” because they respond negatively to new situations and adapt slowly. But their negative reaction is not as flagrant as that of the difficult ones and they have regular sleeping and feeding habits. When they don’t get what they want, they’d rather withdraw than throw a temper tantrum.

Approximately 65 percent of the children fit in to a certain extent into these three temperament categories:

“The remaining thirty-five per cent had such mixtures of the nine temperament traits as did not seem to allow classification into one of the three groups.”

What does it have to do with my child?

For example, I was blessed with a daughter from the “easy” group who in her infancy used to have regular habits of sleeping and feeding. She usually accepted the rules and the punishment for breaking them. But I noticed in her unwillingness to accept new things and situations to which she usually reacted negatively. Of course, I learned to take time for comprehensive explanation and persuasion until she was convinced that “new” didn’t mean “bad”. I remember one time when I bought her a new blouse which was exactly of the type she would like. Or so I thought! She was about four years old, I think, and when I showed it to her, she said that she would never put it on. I got angry because she didn’t even want to try it on! But then I realized that anger wouldn’t work and changed policy. I started emphasizing that it was her favourite colour and how perfectly it would fit her. Then I dropped the matter. Only in a few days it became her most precious possession!

That’s why, prepare a worldful of time and effort. And when your patience is exhausted, resort to your longsuffering. When the children grow up to the mature people you dreamed of, it would have been worth every bit.

Yordanka Deicheva, a full-time mum and a from-time-to-time lecturer in psychological seminars and workshops; ydeicheva@facebible.bg 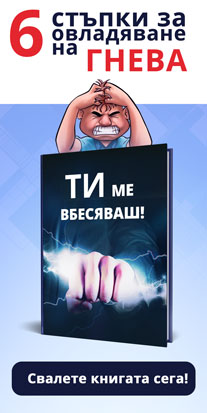 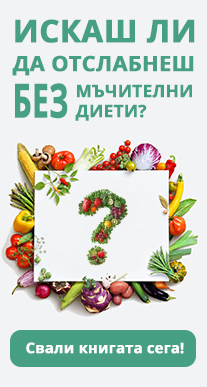